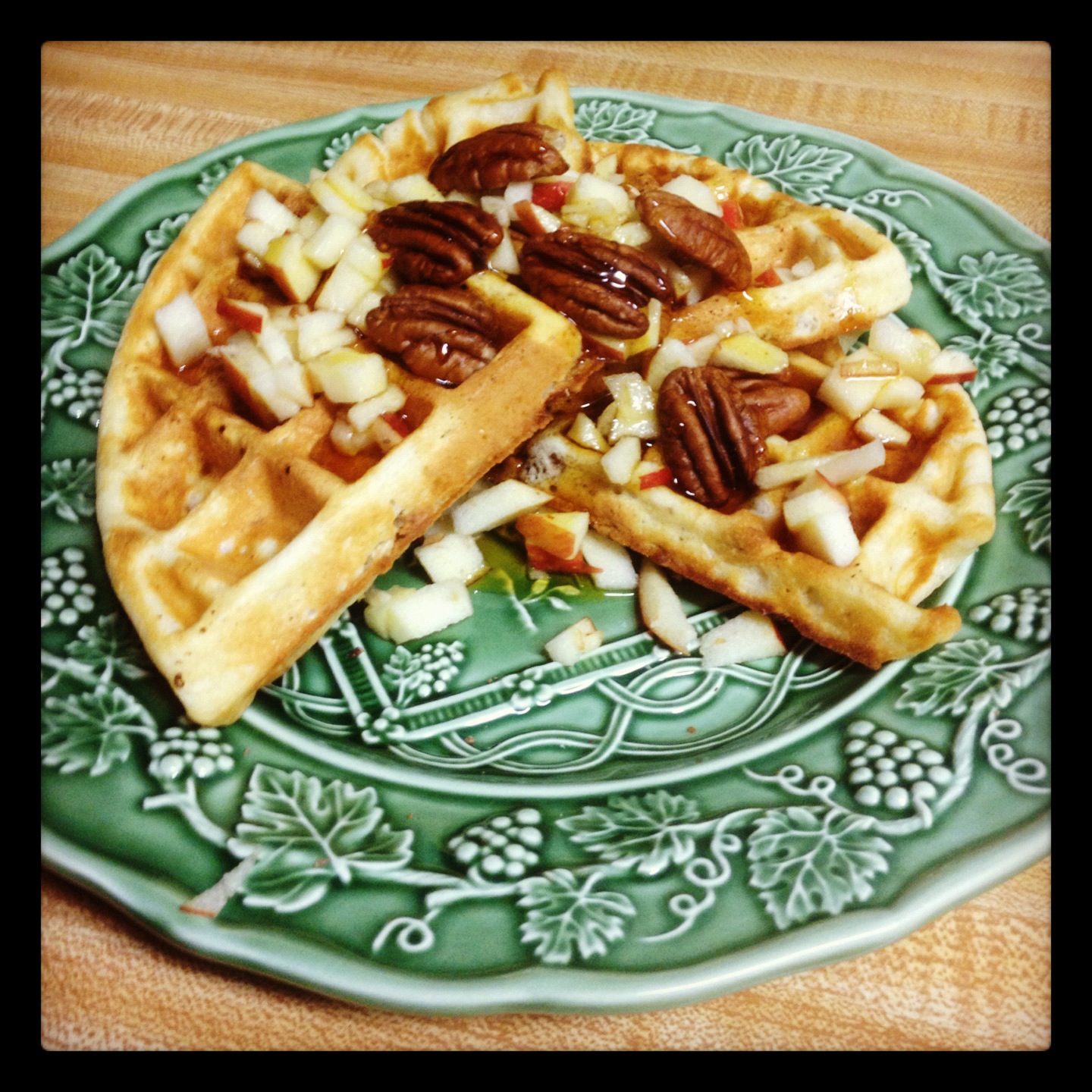 My sister makes really great Belgian Waffles. So, whenever I make them, I think of her =0) She often puts bananas in the batter, and makes enough for a small army, it seems. I think one time each of my boys had something like 3…. yikes! As for me, whenever someone just hands me a plate of deliciously warm waffles, I will never complain. They’re such an easy treat to make, which can be served for breakfast, lunch, dinner, or even dessert. How many other foods can say that?!

I love Belgian Waffles, and because they come out so beautifully golden every single time, it’s always a meal I look forward to making. Also, with the circle, squares, and exact quarters, it almost makes my memory of tenth grade geometry not quite as bad. Hmmm. I take that back. Geometry was horrifying. Waffles are amazing. Case closed.

Today we’re going to go pretty traditional in flavors: Pecan, Apple, and Maple.
I think that this combination is really perfect for this time of year.

So, without further adieu, I present to you: Autumn Waffles.

Begin heating your Belgian Waffle Iron. In a bowl, whisk together flour, baking powder, sugar, and salt. Add eggs, vanilla, milk, 1 apple’s worth of chopped cubes,  pecans, and butter. Mix well. Put about 1-2 tsp. of coconut oil on a paper towel and carefully oil the face of the iron to prevent sticking. Using a 1 cup measuring cup (use a cup that can withstand heat), pour  1½ cups of batter onto the iron, and spread the batter with the bottom of the cup measure. Close iron, and wait till waffle is golden. With a heat-resistant rubber spatula, carefully pull up the edge of the waffle. It should pop right out.  Repeat process for the remaining batter. To keep waffles warm, either stack them on a  plate, covered with a dish towel, or lay them on a cookie sheet in an oven on the very lowest temp.

Once the waffles are all made, I like to divide the four sections, and fan them out, like when you’re holding playing cards. Top them with the remaining cut apples and pecan halves.  Drizzle with melted butter and maple syrup. Makes 8 waffles.

By the way, please do not use that stuff the store calls “Maple Flavored Breakfast Syrup”. That would be like serving a homemade french bread with cheez-whiz instead of Brie. Don’t do it. Step away from the fake. Use the real maple.  It isn’t as sticky sweet, and the flavor is immensely better.

You know who else likes waffles? This guy:

So now that you’re thinking of this delicious carb-o-rama treat, tell me… what do  YOU put on YOUR waffles?
Seriously, I want to know.

6 thoughts on “And In The Morning… We’ll Have Waffles!” 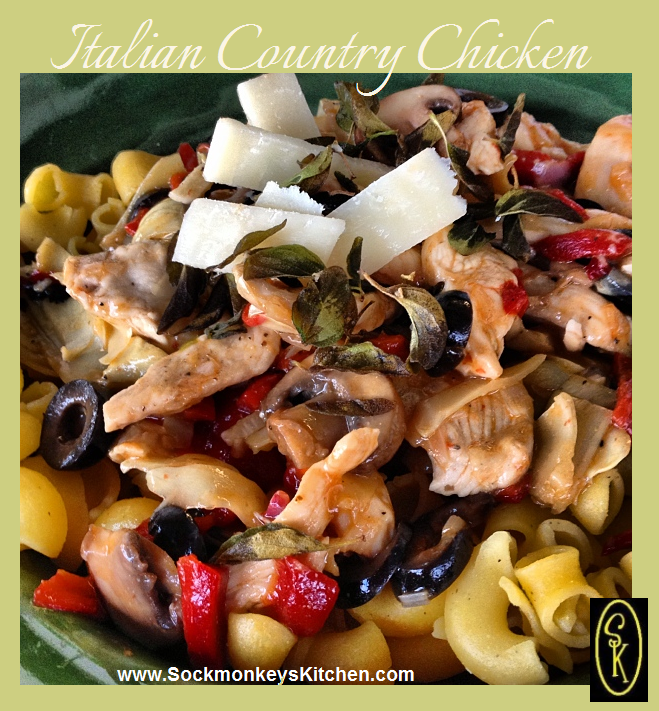